According to a report published on Jan. 29, OneCoin received an anomalous number of five-star reviews on TrustPilot after the media started negatively covering OneCoin in October 2019. 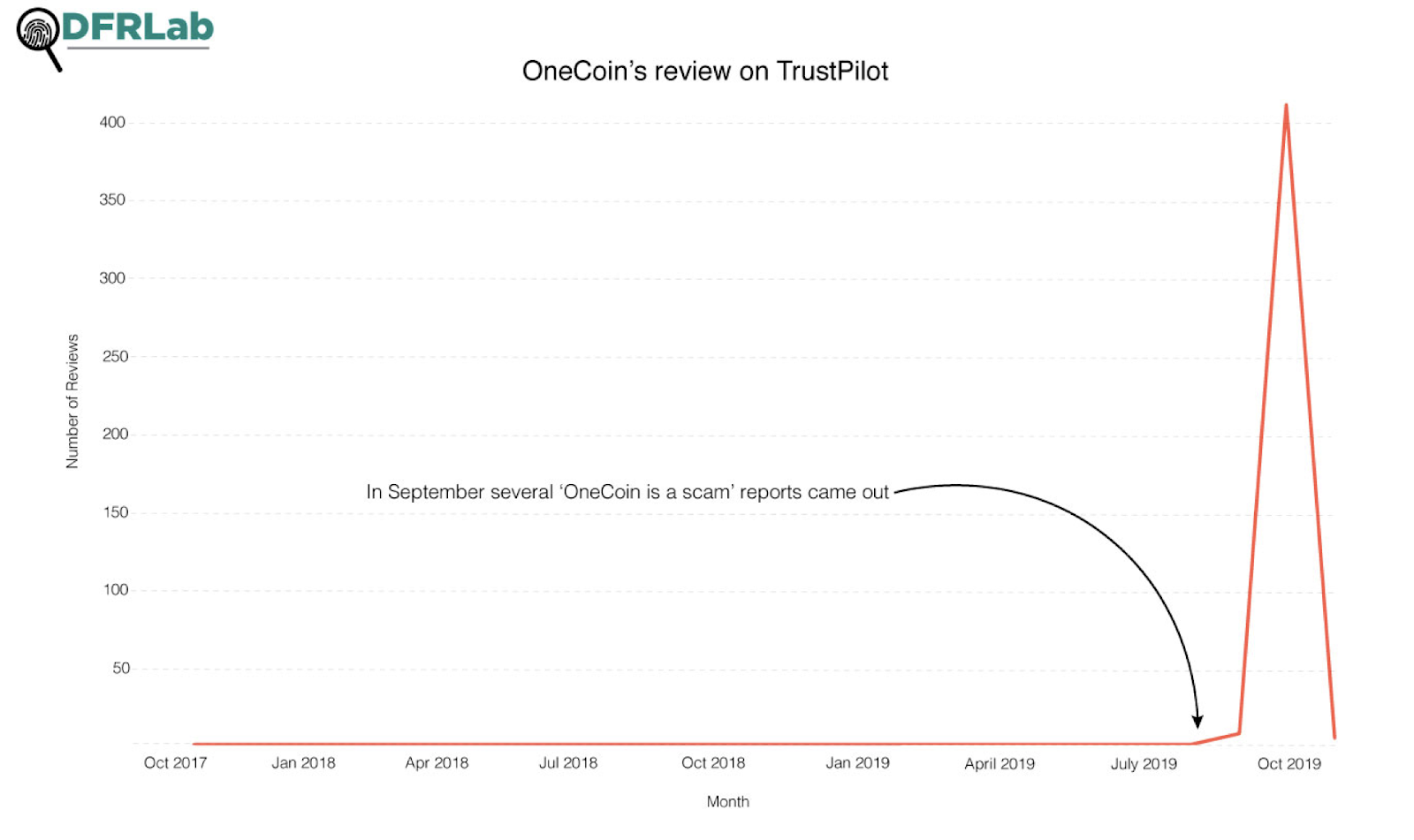 Per the report, of the 579 TrustPilot reviews of OneCoin,  90% were positive and about 400 of the five-star ratings were published in a single month. DFRLab states that OneCoin also received some one-star ratings, but those were by far outnumbered by positive reviews.

Researchers were unable to guarantee whether the accounts behind the reviews were inauthentic or automated due to TrustPilot’s design, but said that their activity was suspicious:

“October 2019 spike in five-star ratings, however, indicated an abnormal influx of favorable reviews just as OneCoin’s public relations and legal woes mounted. The possibility remains that the influx for both ratings and reviews was organic, though the timing and extreme bias was highly suspicious.”

The researchers show one profile, in which the owner described herself as a “cryptocurrency expert and investor” but only answered questions about OneCoin. The account was active from January to March 2018, and its peak activity was when OneCoin was most active. The report reads:

OneCoin is one of the most well-known scams in the cryptocurrency space. The official OneCoin website only ceased operations in early December 2019. During the same month, the New York Southern District Court granted a continuance in the lawsuit against David Pike — the CFO of a private equity fund — over his alleged link to the scam.