Home Latest News Virgin Galactic CEO: Everyone Should Have 1% of their Assets in Bitcoin

Virgin Galactic CEO: Everyone Should Have 1% of their Assets in Bitcoin 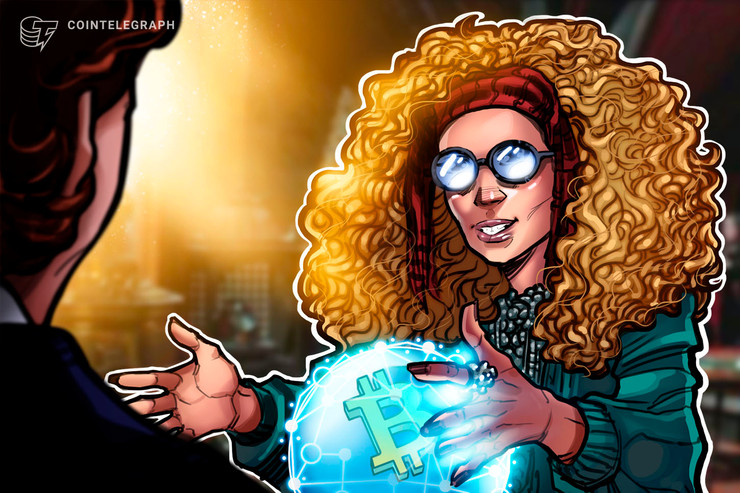 Chamath Palihapitiya, the billionaire chairman of spaceflight company Virgin Galactic, has recommended that everyone hold Bitcoin (BTC) as a form of crisis insurance.

Speaking on CNBC’s Squawk Box, Palihapitiya said he believes that “everybody should probably have 1% of their assets in Bitcoin.”

Palihapitiya said that Bitcoin comprises a “fantastic hedge,” as every other financial instrument is correlated [...] except Bitcoin, which is fundamentally uncorrelated.”

“When you see the amount of leverage the financial industry is running, and you think about all these dislocations and all these exogenous things that are happening that you can't predict, there's a lot of risk to the downside, and it will be great that an average individual citizen, of any country in the world, has an uncorrelated hedge.”

However the billionaire former Facebook executive rejects the theory that economic woes resulting from the coronavirus outbreak will drive the crypto markets into a bull trend.

“I don’t think when [...] you wake up and see a coronavirus scare and the Dow down 2,000, you should not be going in and buying Bitcoin - that is an idiotic strategy,” he said.

The ‘Bitcoin is a safe haven’ narrative has certainly taken a battering this week with BTC tumbling up to 13% in 36 hours in tandem with the stock markets due to fears over the impact of the coronavirus. In contrast gold has performed well in its traditional role as a safe haven, gaining 0.5% in recent days to trade for $1,648.82 per ounce.

Put some Bitcoin under your mattress

Palihapitiya suggests that a better approach than trying to profit off short term market trends is for investors to put a small percentage of their net worth into Bitcoin as “insurance”.

“I think a reasonable strategy is to say 1% of my net worth should be in something completely uncorrelated to the world and how the world works. You quietly over some period of time accumulate a position and then just never look at it again and hope that that insurance under the mattress never has to come due. But, if it does, it will protect you.”

Palihapitiya is a longtime Bitcoin supporter and his company, Virgin Galactic, began accepting Bitcoin for its $250,000 spaceflights during November 2013, becoming one of most high-profile companies to accept BTC at the time. Palihapitiya told CNBC that it has received 7,957 “registrations of interest” since conducting the first flight in December 2018, which equates to to $2.39 billion in potential ticket sales.