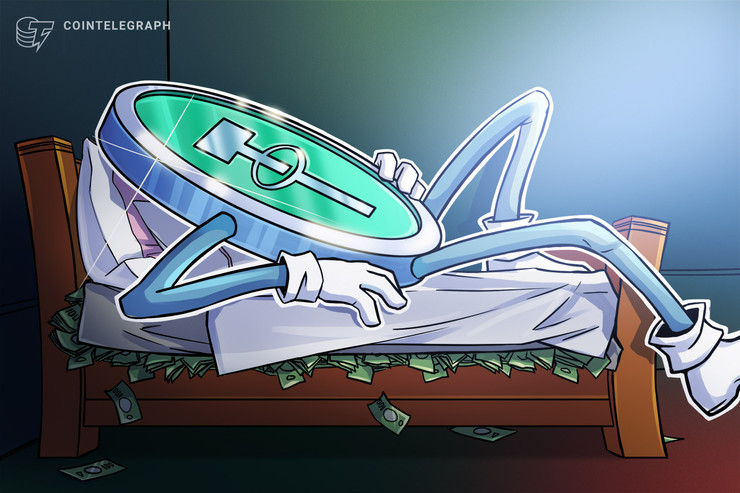 Hours after experiencing a major denial of service attacks (DDoS) attack, Bitfinex has announced it repaid another part of the loan facility to Tether.

Similarly to a previous repayment in July 2019, Bitfinex processed the transaction in fiat via wire transfer wired to Tether's bank account. According to the post, the payment has been made “all on account of principal,” while interest on all amounts due under the facility agreement has been prepaid up to March 2020.

The new $100 million repayment marks yet another move in the long-term controversial relationship of Bitfinex and Tether as both companies are facing class lawsuits accusing them of crypto market manipulation. Despite the crypto community being actively involved in the class-action lawsuit, with famous Bitcoin (BTC) influencer Andreas Antonopoulos recently expressing support for one of the legal teams in the case, both Bitfinex and Tether continue to deny allegations that the companies were involved in manipulating the crypto market.

As such, Tether has once again ridiculed allegations that the company used its United States-pegged stablecoin USDT for manipulating Bitcoin’s price earlier today. In another statement, iFinex, the firm behind Tether, argued that market manipulation claims are “reckless and false,” stating:

“The allegations in the complaint are without merit or legal basis, and exhibit a fundamental lack of understanding of the market structure of cryptocurrencies. Indeed, it is reckless and false to allege that USDT tokens are issued in order to manipulate markets.”

Moreover, Tether is also subject of another controversial topic in the crypto community, largely based on the existing skepticism over Tether’s reserve policy. Launched in 2014, Tether is the first-ever stablecoin to be backed by the United States dollar at 1:1 ratio. For the past two years, industry critics speculated that Tether did not have the appropriate amount of cash reserves in its bank accounts to back the amount of USDT in circulation.

Earlier today, Tether’s affiliate exchange Bitfinex suffered multiple DDoS attacks alongside another major global crypto exchange OKEx. Subsequently, OKEx CEO Jay Hao offered a bounty to the team responsible for the hack, arguing that OKEx was well-prepared to deal with such types of attacks. As a result of the attack, Bitfinex reportedly went to maintenance mode, with exchange representatives subsequently claiming that the team implemented a “stricter protection level” as normal activity was resumed.