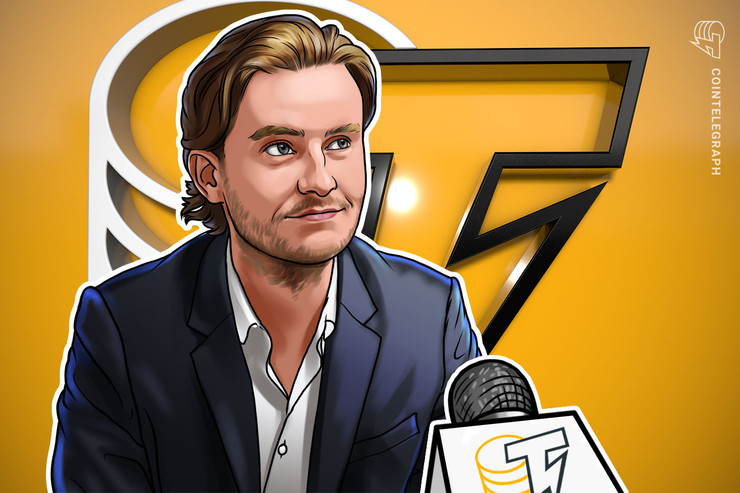 The crypto ecosystem tends to see regulations as “the big bad wolf.” In this narrative, government and regulators set rules that slow down innovation and damage growth for the crypto industry. That might have been the case a few years ago, but not anymore, according to BitPanda CEO Eric Demuth: “Depending on the regulation, it can be quite a good thing now that the industry and many companies have reached a size that matters.”

Demuth was a keynote speaker during the Blockchain Economy 2020 conference in Istanbul, Turkey. He made time for a quick chat with Cointelegraph Turkey on Feb. 20, the first day of the event.

Demuth started the conversation with an announcement: Turkey is the first stop for BitPanda outside of the European Union. Why? He listed several reasons like cultural affinity, geographical proximity, and being “two hours away with the plane.” But the main reason is, unsurprisingly, the high demand from such a big country.

As the CEO of an exchange that trades Bitcoin (BTC), as well as precious metals like gold, silver and platinum, Demuth didn’t hesitate to call BTC a “Gold 2.0” or “a better version of gold.”

As the demand for digital assets increases, he says, the need for precious metals also grows: “That supports the theory I always have that Bitcoin is Gold 2.0 for a younger and ‘more digital’ generation.” Aside from the scarcity and the functionality, he said that digital currencies are very easy to liquidate fast, are pretty much for free to transfer, and can be stored in your pocket, adding:

“I think crypto has already become an asset class that owns its own that will never vanish again. They will always be there. Especially, Bitcoin is like the gold standard of crypto. There will never be a world without digital assets or digital currencies.”

The EU made a wise decision

When asked if regulations are a challenge for the crypto industry, Demuth took a second to think about it, as the answer to this question has changed over the years, and according to him:

“We have AML5 regulation in Europe right now. It's similar to banking regulations. Four years ago, that would have killed all innovation and companies in Europe. Imagine you're just a new startup, you can't achieve this."

That's why the European Union made a wise decision in not meddling with the crypto landscape at the beginning, Demuth added: “They only observed, let things happen, give them (startups) a broader framework. The EU waited for the whole industry to get big enough to start defining the ruleset.”

Crypto can't have a “Wild West”

Since the name of the event was Blockchain Economy, Cointelegraph asked Demuth about his take on the essentials of a blockchain-based financial structure. Surprisingly, he has a somewhat realistic stance on specific elements, like decentralization. “Decentralization is something we all wish for, but I don't think it will happen in a very liberal form,” Demuth explained:

“The government and regulators always want certain people to be responsible for things. You can't just have a Wild West. Because they would open the door to scammers, to false advertising, and so on. Governments and regulators like to have control. When you have something really decentralized, it doesn't fit.”

But then again, why are decentralized exchanges being talked about so much? “Those are in a very early stage,” responds Demuth. “Since they don't have much volume, it's not a significant market to look into for the regulators.”