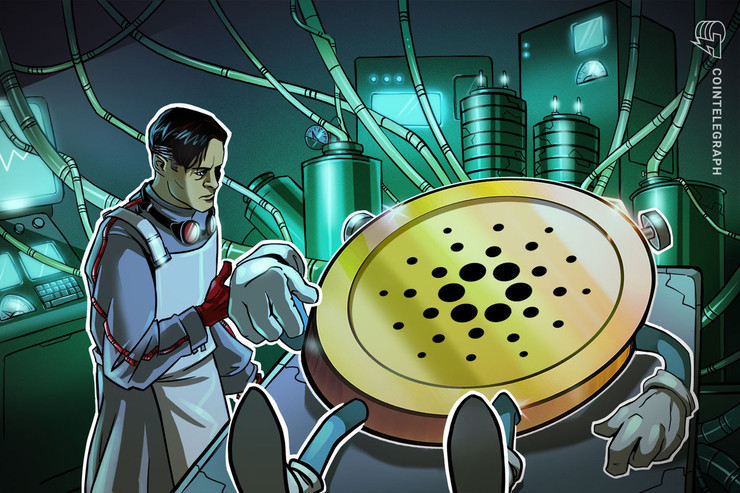 Proof-of-stake (PoS) blockchain Cardano (ADA) is working on implementing commercial infrastructure. The coin’s officials have reassured the public that development is on schedule.

During a March 13 YouTube livestream, Charles Hoskinson — the CEO of IOHK, the firm behind Cardano — said that official updates about the coin’s critical commercial infrastructure should be expected in the coming months, but reassured that things are proceeding as expected.

Hoskinson explained that the people involved in the coin’s development are starting to set aside funding for dedicated commercial infrastructure, which he explained as follows:

“Cardano commercially critical infrastructure are things that Cardano needs for it — in our view — to be competitive against other cryptocurrencies.”

Hoskinson said that such infrastructure needs to ensure decentralized applications, such as the DeFi protocols, work properly on the blockchain. He also mentioned the Jormungandr node software is about to see an update that will allow for easier retiring of stake pools.

Hoskinson also claimed that Cardano’s development team is making good progress on the next network update, Shelley. He said that the number of bugs reported in the Shelley testnet has massively decreased over the last three weeks and the stability of the software is increasing.

Recently, several industry news outlets reported that Cardano’s Shelley update will be postponed due to the coronavirus pandemic. Hoskinson was quick to deny such reports and call them “fake news” on Twitter earlier today.

Hoskinson was quite vocal about his high hopes for blockchain, cryptocurrencies, and decentralized finance largely changing how the world functions. As Cointelegraph recently reported, Hoskinson announced that “the economic order of the 20th century” is dead. He was referring to the centralized hierarchical economy that was built through “a series of treaties” made by a few great powers.

At the start of March, Cardano received praise from a major figure of a big four audit firm, the PwC. Recently the auditor’s legal leader said that the Cardano Foundation and the team surrounding IOHK’s CEO and founder, Charles Hoskinson, are a huge part of the decentralized future.